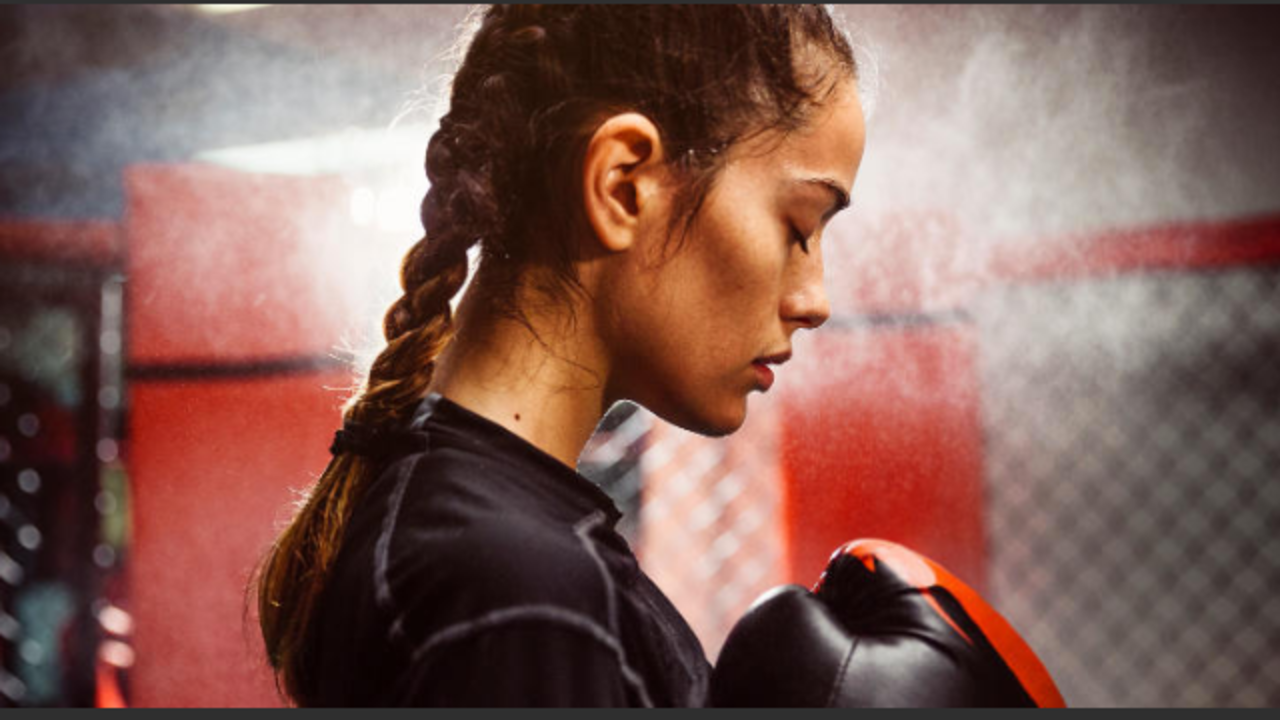 It is a common understanding that men enjoy more muscle mass, greater strength and lower body fat percent compared to women, largely due to testosterone. Men have higher resting levels of testosterone and get a greater testosterone surge from exercise. What is less known is that women have a metabolic advantage as well; the combination of HGH & estrogen.

I put together this female athlete education to introduce you to some of these concepts.  It is completely free, just make sure you use the code on the next checkout page.  I included some more details below for you.

What you may not realize is that women also have a hormonal advantage. Two actually: estrogen and human growth hormone (HGH).

Estrogen is a lot like a weaker version of male testosterone. Estrogen, in women, helps burn fat by decreasing the activity of one of the major fat storing enzymes. Something called LPL or lipoprotein lipase. LPL opposes the action of the major fat releasing enzyme HSL or hormone sensitive lipase.

Imagine LPL and HSL are two bouncers working a nightclub. Lets call LPL, Larry and HSL, Harry. Larry shuttles people into the club, and Harry lets people out of the club. Now imagine those “people” are actually units of fat.

In this case, you would want Larry to be very stingy with who he lets in the club, right? And you would want Harry to get as many people out of the club as possible.

This is what the combination of estrogen and HGH does for a woman. Estrogen suppresses the action of LPL, and HGH increases the action of HSL. They have synergistic actions for fat burning.

Now that you understand this, there are a few other things you should know. Women are shown, in most research studies, to have greater resting levels of HGH compared to men, and a more pronounced elevation of HGH when undergoing exercise. To get up to speed on this take a look at these studies here, here and here.

Of course studies are mixed, but most hint at this HGH advantage for women. This combined with my 20 plus years in the personal training world where I saw a distinct advantage for women who trained in mixed conditioning sessions (i.e. sessions where weights and cardion were combined), make me trust these research findings more.

We also know that HGH release can be accentuated with exercise sessions that are short (greater than 10 minutes is best) and intense (breach the anaerobic threshold). Again, these are techniques I naturally gravitated toward when training my female clients, because it was what seemed to work best.

“Breaching the anaerobic threshold,” is science speak for stressing out the metabolism to a degree that it is forced to use alternative metabolism pathways to generate the energy it needs, namely the lactate pathway.

When the body is subjected to this type of stress, it triggers the release of HGH and other fat burning hormones like adrenaline.

You know you have reached this state when you become breathless, and the muscles start burning. When the body needs more oxygen, it releases adrenaline (aka epinephrine), which dilates the bronchioles to allow more oxygen to enter the body. So becoming breathless is a signal you have generated a large adrenaline surge.

When the muscles start burning due to PH changes, the body uses lactate to buffer against this. Lactic acid is a trigger for the release of HGH. So forcing the muscles to get “the burn,” is an indication you are achieving adequate HGH release.

HGH and adrenaline in a workout, in addition to a woman’s naturally higher levels of estrogen compared to men, equals greater fat burning both during and after your workout.

So, the age-old question is:

“Should women train differently than men?”

Well, in my opinion, yes. It is not that male-based exercise programs will fail women; it is just that there is a more efficient, and perhaps, better way.

That way involves combining weight training and cardiovascular exercise, together, in a seamless, intelligent workout, designed to get you, both, breathless and burning.

This style of workout is exactly what most metabolic effect workouts are designed to do. They involve short rest periods, muscle burning lifting techniques and frequent “cardio accelerations” for a workout that is perfect for the female metabolism.

But, not just any female metabolism: specifically your OWN metabolism. This rest-based style of training allows you to generate the intensity suited specifically for you to reap the benefits.

You might be wondering if this is all theory, my opinion, or if there is any research that evaluates this style of training for women? As you can imagine, studies on particular exercise protocols are notoriously difficult to find. However, in this case there is one the mimics metabolic effect’s methods very nicely, and was done, specifically, on women.

Twenty-eight women were divided into 2 groups and were tested before and after 11 weeks of exercise. Sessions were done 3 times per week.

The results after 11 weeks showed that the intermixed group obtained substantially better results over the traditional group.

Here are some of the results:

The intermixed group had an almost tenfold greater loss in fat, and gained muscle at the same time; a very difficult trick to pull off. I want to make sure we temper any sensationalism here. The other method of training also produced great results, and neither workout would overcome poor eating and lifestyle choices, but there was a clear advantage here in one workout over the other.

This research, like all studies, needs to be corroborated by more studies, and analyzed closely for design flaws. However, the results are compelling, and mirror exactly what I have been seeing clinically with women for years.

Another interesting twist in this story comes from an earlier study on the same intermixed approach. This research was published in the January 2008, edition of The Strength and Conditioning Journal.

This paper showed working out this way not only speeds fitness and weight loss results, but also enhances recovery from exercise. Compared to more traditional forms of exercise, the intermixed approach decreased feelings of soreness from exercise.

This soreness factor is known as DOMS (delayed onset muscle soreness), and speeding recovery and repair processes between exercise bouts may explain why exercisers using this approach are able to gain more lean tissue, as well as, burn significantly more fat.