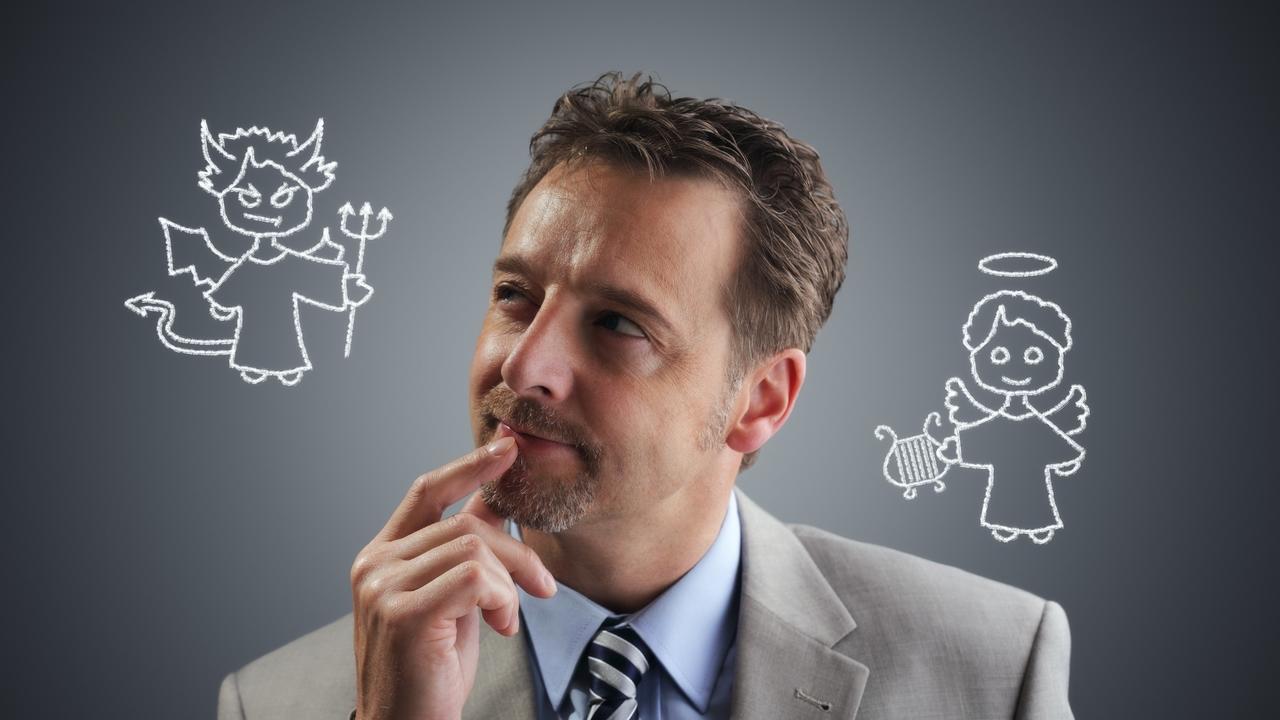 What is a Good Human? Kant's Categorical Imperative for Next Level Humans

For those who love philosophy, there are always debates about who your favorite philosopher is. And it is always a very tough question.

My favorites include all the stoics, Spinoza, Nietzsche, Kant, and William James

But of all of those, if you had to pin me down, I would likely settle on Kant. And because Kant's work is very much infused in the Next Level Human frameworks I wanted to specifically write my understanding of his most popular thought, his "categorical imperative."

The first thing to know about Kant is he was thinking and writing at a time when science was taking over the world. Science was seen as producing real-world miracles. And religion was beginning to be seen as a relic of primitive thinking. And yet, Kant was a religious man.

His perspective comes from a unique intersection between a deep belief in both science and religion. Many at the time started to see religion as the arbiter of morality and science as the arbiter of explaining the natural world (a distinction formerly held by religion).

Despite being religious, Kant was a bit uncomfortable with the idea that religion seemed to suffer from moral subjectivism. It seemed that what was deemed morally right or wrong, according to religion, depended on the time in which that religion developed. This created the problem of a flexible morality and Kant saw that as an issue.

He essentially believed that morality must, therefore, come from reason, not religion. And he set out to codify a morality based on logic.

Philosophers often make up terms. This is important because they are usually thinking about and defining things that have never been thought about or defined in that particular way.

The Logic Of Morality

Morality for Kant was a matter of logic, not religion. Religion can’t provide moral direction because it can be interpreted in too many different ways. This is easily seen by different followers of the same religion justifying various forms of immoral or moral behavior based on their interpretations of religious texts.

Logic, on the other hand, Kant saw like math. The fact that 2+2= 4 is not up for debate. There is no interpretation needed. Kant regarded logic, like math, as universal. And if there was a universal morality for all humans, he believed it must flow out of reason and logic. Kant felt morality was something we were all bound to uphold whether we like it or not and he set out to write the logic of universal morality.

To explain his categorical imperative for morality, Kant developed four formulations that look at different variations of the same idea.

Formulation 1: The Principle Of Universality

What does that mean? He is saying if you believe your action to be right than you should wish that all people everywhere— when confronted with a similar circumstance— always only act in the same way.

But this creates a contradiction which Kant specifies can’t ever be the case in logic. The contradiction? If you can steal a thing than I should be able to steal from you and someone else from me and on it goes and no one gets the thing because we are all stealing it from each other. And this clearly and logically shows stealing is not universalizable and therefore wrong.

To make this super simple, ask yourself if everyone always did this same exact thing, would the world be better or worse?

Formulation 2: The Law of Humanity

This one explains how we should treat other people. It goes like this:

“Act so that you treat humanity, either in your own person or that of another, always as an end and never as a mere means.”

This one is a bit simpler compared to the first, but people do get confused by the heady language, especially the terms ends and means. An “end” is a goal. It is a thing you want to possess, desire to attain, or seek to create. A means is a process, approach, or strategy you use to achieve the desired outcome or "end".

The phrasing “mere means,” says that you are using the thing only because it benefits you and are unconcerned or indifferent to the impact that might have on that thing.

Kant says you must treat people as “ends In themselves.” You must realize that other humans, like you, have their own goals and that they are autonomous, conscious rational beings that must be free to pursue their own desires (ends). That means you must consider the impact of your pursuits on others the same way you consider their effect on you. You should not treat people as pawns in your plans.

You may think this one is easy. It seems to be saying you can’t use people. But that is an oversimplification. We humans use each other to achieve what we desire all the time.

You are using me right now to learn about Kant. I plan on using my assistant Jodi to proofread this and correct my atrocious spelling & grammar (we will see if that actually happens). The difference is that when we use people in this way they are fully aware and voluntary participants.

What Kant is saying is do not manipulate other people. Do not deceive people. Do not attempt to distort another human's reality. Don’t lie to someone to protect yourself. Don’t cheat someone to give yourself the upper hand. To do these things is treating others as a means to your ends. It is saying I am ok deceiving you so long as it helps me. To Kant that is immoral.

Formulation 3: The Principle of Autonomy

This formulation is necessary because it points out that we are each independent and free. Therefore we must hold ourselves accountable to laws that apply to ourselves and others at the same time.  We should desire for ourselves only what we would desire for the rest of humanity. We should act according to how we would will others act.

In other words, choose always and only for yourself what naturally benefits others as well. Walk alone, but act as if you were acting for the betterment of us all. Behave in a way that amplifies your own freedom and at the same time maximizes the freedom of others.

Kant calls this "self-regulation." It is incumbent upon each individual to demand the right action for self if they are to will that same right action in others.

To simplify: the way we act must give others the same freedom our actions afford us.

Formulation 4: The Kingdom Of Ends

“Act according to maxims of a universally legislating member of a merely possible kingdom of ends.”

This one is the hardest for people to grasp. I believe that’s because we don’t quite understand what Kant means by "maxim" and “kingdom of ends.” We also get a bit twisted by the term "universally."

A "maxim" is a rule of conduct or way of behaving. An "end" is a goal or desire. Kant says we should always treat others as ends in themselves. He means we should view other people as having an aim or purpose that is unique to them.

This formulation may be my favorite because I think it speaks to the idea of individual purpose. “Kingdom of ends” means all the individuals out there pursuing their desires, dreams, goals, etc. He says you should act as if you are the member of a legislative body that upholds the kingdom of ends.

Here is how I see this. Basically, imagine you are the lawyer, judge, and jury that assures people are fully free to pursue the purpose they were put on this earth to pursue

Each of us humans has a purpose, an end we are trying to achieve. We must pursue that purpose without manipulating other humans. But also the pursuit and achievement of our purpose should serve to uphold the right of all other humans to pursue and achieve their purpose.

So to sum up as simply as possible, Kant’s categorical imperative says:

What it means to be Kantian

In psychology research, there are two sets of personality traits that determine good humans from bad humans. They are called the "light triad" and the "dark triad."

The dark triad is made up of narcissism, Machiavellianism, and psychopathy. It can be remembered by the acronym NMP. To remember the acronym I refer to Dark Triad people as Narcissistic Meanies & Psychopaths.

Narcissists are self-centered, self-important, and self-righteous types who make everything about their own needs and desires. Machiavellianism describes the types who manipulate, con, lie, bullshit, and deceive in order to win, get their way, and dominate others. Psychopathy is exactly like it sounds, these types have psychopathic tendencies. These types see other humans as distrustful. They have a strong degree of callousness towards others. They lack compassion and are indifferent to the suffering of others.

Light Triad people have been determined to be Kantian, Charitable, and Humanist in their actions. For this one, I remember the KCH acronym; Kind, Charitable, Humans. And now you know exactly what the Kantian aspect of this personality profile means.

Light triad types seem to live by Kant's Categorical Imperative and are morally and ethically Kantian.

They also operate by the law of charity. They have faith in humanity and see other humans as generally good and well-meaning. Each human is seen as doing their best and viewed with goodwill and given the benefit of the doubt.

Finally, They are humanists in the way they approach other people. Humanism sees every individual as having inherent worth. It’s a belief that every human has something valuable to give.

Like with most personality traits, the dark and light triad traits exist on a continuum, but I regard these psychological distinctions as the closest thing we have to actual personality characteristics that define good versus bad people.

If you want to be a #goodhuman, be a contributing member to #teamhuman, and are working through the Next Level Human process, then Kantianism is something you must be familiar with.

I hope this was helpful

DO YOU LOVE THIS KIND OF STUFF AND WANT MORE?