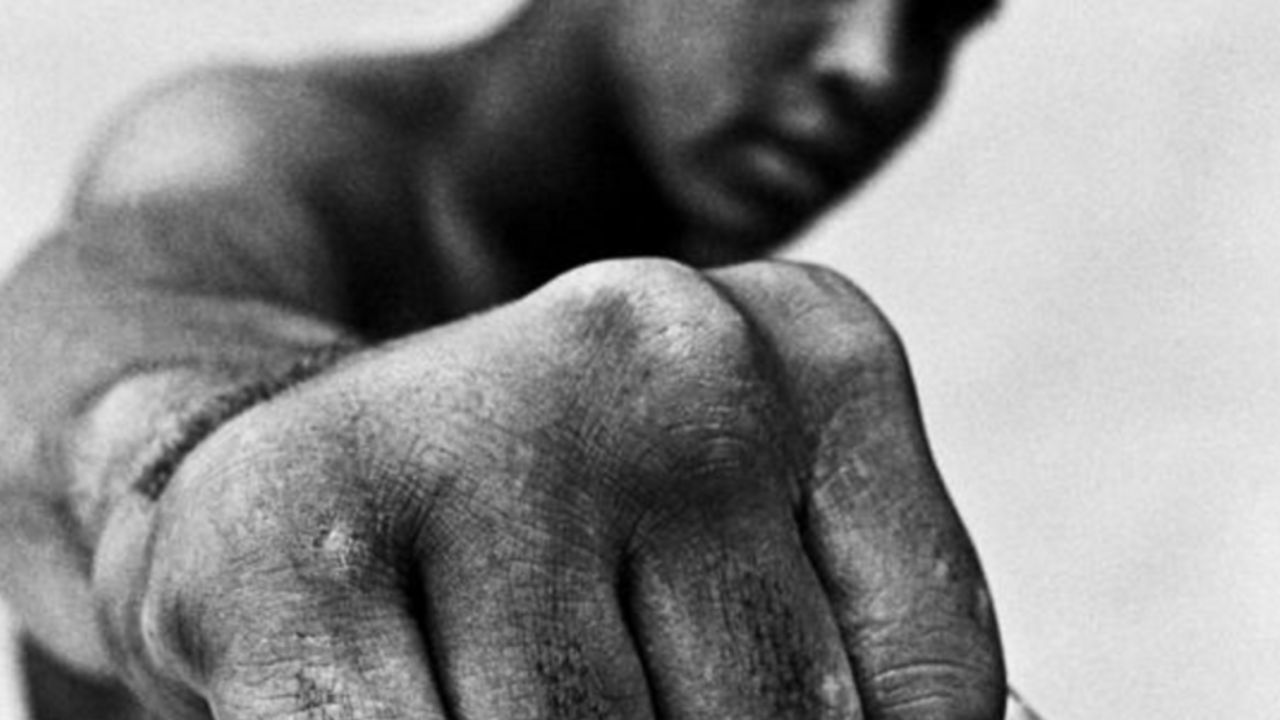 The Morpheus Effect: Change Yourself To Change The World

I am sitting at the dining room table with my mother and father and 3 siblings.  I am probably six years old.  My two brothers, Kimo and Keoni, are 11 and 9.  My sister Jodi is 8.  I don’t know what the conversation is about, but the message my mother and father gave was loud and clear. “Kids, you can do anything you want. You are powerful beyond belief. Never let someone take that power from you and whatever you do make sure it is something you love.”

I heard variations of that message so often in my childhood it just became a given.  I believed it.  I think I started to believe it more than my parents. One time I told my dad I wanted a job where I did not have to work 9-5 and could work whenever I wanted to.  He was a little skeptical about that one. Although now that is basically my life.

This message became part of me to such an extent it became my life’s work. Even in high school I would repeat this message to my friends.  This continued in college. When I talk to old friends now, many of them confess to me how much I inspired them and helped them believe in themselves.

It was not me though; it was the ripple effect created by my parent’s belief in me that I was passing on to them. I love the thought of that don’t you? We each have a conscious choice as to what energetic ripple we want to lay down in the path of our lives.

It’s like we are boats gliding through a smooth sea choosing the type of wake we will create.  Will it be rough seas that make it difficult for another to stay afloat? Will it be a perfectly timed wave to lift them up and bring them to shore?

It was not until I saw the movie the Matrix for the first time that I finally understood the power of that message.  If you have never seen the movie, then you need to go watch it right fucking now!! (fuck is my favorite word, sorry ;-)) It’s my all-time #1 favorite movie.  Not because I love science fiction, but because the story represents something extremely powerful.

I will give you a brief synopsis.

Neo is the main character.  He senses something is very wrong with the world he lives in, but he can’t put his finger on it and he can’t escape it.  He is looking for a person called Morpheus who he believes can help him in some way. When he finds Morpheus, a whole new world opens up for him.

Morpheus tells Neo the world has been waiting for him, that he is “the one” and he is all powerful.  Neo does not believe it at first, but Morpheus’ belief in Neo is so strong and unwavering Neo too begins to believe and indeed goes on to fulfill his destiny.

Most people who see this movie think Neo is the most powerful character, but he’s not. Morpheus is. There is nothing more powerful to have in your life than a Morpheus.

The most generous thing a human can do is dream a dream for another human.  That is what a Morpheus is, someone who sees your power and who is committed to helping you become that thing. Their dream is to see you realize your power, magic, and full potential.

Unfortunately, most people don’t have a Morpheus and even when they find one are often too scared to accept it.

I once had a friend I loved so much and told her she could do anything, be anything and was powerful beyond her understanding.  She became exactly that and now is an icon in her field anyone would recognize.

I had another friend who I said the same to. She went in the other direction.

Some succeed and some don’t

I have seen this play out throughout my life.  Those that own their power and those that don’t.  For those that do there is almost always a Morpheus type figure they can point to that sparks the belief in self that helps them transcend their fears.

But as I alluded to, even with a Morpheus in your life it does not guarantee success, happiness, and magic.  That is because in the end you must make the leap from having someone else believe in you to you believing in yourself. You must eventually become your own Morpheus.

The world is a scary place and our base instincts as humans are to remain safely in our comfort zones.

This is why you will see people repeat patterns their entire lives until they die.  They date and marry one type of person.  Get divorced and then end up back with the same type of person. The idea of even having a “type” tells you about your “stuckness” as it relates to change.

They quit the job they hate just to end up in a similar or worse job later. The same patterns repeat over again in career and jobs.

They continue the same defeating patterns of poor communication, gossip, blaming and complaining their entire lives.

Be It Until You See It.

My parents were my Morpheus until I was forced to become my own. I want to give you a little bit of a sense of how I did that, but first, I want to tell you about one of the most powerful Morpheus figures to ever walk the earth.

Mohammed Ali. As I write this I am aware he just passed away. This is simply a coincidence. He has always been my avatar for Morpheus and teaches us all what we need to be in order to see and realize our highest potential.

When I first started learning about Ali, I asked my dad what was the perception of this man back in his day.  My father said, in the beginning, he was hated.  Then through time, he was respected.  Then revered and now worshiped.

My father said at that time no one had seen someone so unabashedly confident.  He said it was seen as arrogance and in the beginning much of, especially the white community, was hoping Ali would lose.

Morpheus to the world

Of course, Ali had other plans and through his power transformed himself and then transformed the world.  When it was all said and done he was basically a superhero to the entire world, white and black.

He was and will remain a Morpheus figure to the world forever.  He created a powerful ripple that lifts us all up so we can see what is possible. If we have the courage.

He said, “I am the greatest. I said that before I knew I was.” This quote tells us all we need to know about what it takes to make the leap to being your own Morpheus figure.

The quote tells us there was a time where Ali was creating himself and convincing himself. And he was courageous enough to not just say but do.

You may have heard the old saying, “fake it until you make it?”  That is NOT how it works. It is really, “Be it until you see it.”  Faking means you have doubt. Being it means you are already it even if only temporarily.  But slowly as you take more action that temporary state becomes more permanent.

Two steps to being Morpheus

So step one to becoming that Morpheus figure for yourself is, “be it until you see it.”  Take all the actions you would take as if you were already the power you seek.

Self-development has gone all wrong with the idea of thinking positive thoughts.  Thinking is powerful but not as powerful as doing.  We now know the brain is watching all the time.  It is not just watching others and making judgments about them, it is watching you even more.

You take an action and the brain says, “hmmm, that is interesting I just did that.  I must be that.”  When we talk about others we say, “actions speak louder than words.”  And the same is true in the way we evaluate ourselves.

The next step is to be Morpheus to others. Practice by recognizing the power in others.  Each person has a set of signature strengths that makes them unique.  Sadly, they are often blinded to these traits.  I call it their superpower and I love watching others in an effort to spot it.

Once you see it, share what you see and plant the seeds of potential in that person.  Create the wake for them to hop on board until they learn to spot the wave and surf themselves.  There is no more rewarding thing to do than this.

Just ask any good parent.  They do this naturally with their kids.  But you have the power to touch everyone you come in contact with in this way.

You will be dead soon. In fact, you are dying right now. Yet you have these incredible forces in you to impact the world. The Morpheus principle is the most powerful of all the potentials you have within you.

It has a ripple effect that can change the world by lifting up others to realize their true purpose and superpower potential. The world needs you. I believe it may be the very reason we are all here.  Don’t waste it.

You are powerful beyond your wildest imagination. Looking for the best in people, and helping them be the best they can be, requires just as much time and effort as gossiping, talking shit and holding people back.  Why would you make any other choice?

Be Morpheus to others and you will find Morpheus within you for yourself.