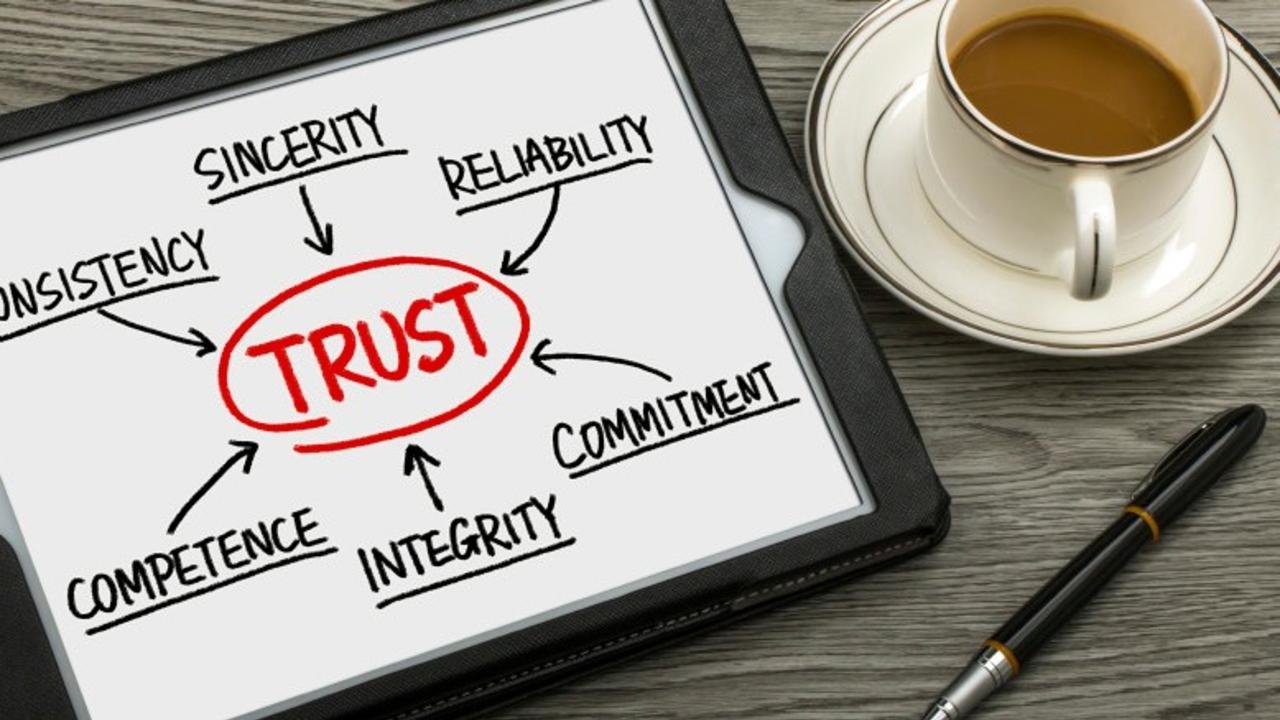 This blog is the second part of my five-part series on the 5 powers (lets see if I can actually get all of them done ? ).  I am currently finishing up my book on the 5 powers that I hope will be available for purchase early next year (2016).

To read part 1, the first power of perception, click HERE.

An obstacle in your path

Let’s say you are walking through a narrow mountain trail with sheer rock walls to both your right and left.  A large boulder breaks off the cliffs above and crashes in front of you, blocking your path. Whose fault is that?

Silly question right?  It’s no one’s fault. It just happened.  The question is: What are you going to do about it? You can try to climb over the rock.  You can try to move it out of the way.  You can choose to turn around and find another path.

Only a crazy person would sit on the ground in front of the boulder and yell and scream at it.  Only someone completely delusional would look up at the cliff’s above and blame them for “dropping a boulder in your path.”

In this situation, you would recognize that blaming, complaining and whining about what just happened does not serve you in getting where you want to go. Imagine that crazy person sitting on the ground in front of the boulder refusing to move on until the boulder, or the cliffs, admitted they were wrong.

How long do you think that person would be there? They would be there for the rest of their short, miserable lives until they starved and died.

Ironically, this ridiculous example is not too far from the truth of what some people do when “things happen” in their lives. They can get stuck on blame for the entirety of their lives wallowing in anger and hurt and never moving forward.

An obstacle in your head

That boulder and those cliffs have nothing to do with it.  They did not do anything out of malice towards you.  It was not personal; it was just nature doing what nature does. I am certain you understand that.

But now imagine that boulder was not a boulder at all, but a person. What if the thing blocking your path was caused or created by another person?  What then?

Let’s say you are approaching a stop light that has just turned yellow. You want to make the light so you speed up to close the distance of the car in front of you. But that first driver chooses to stop early and slams on their breaks. You have to do the same and narrowly miss an accident. Unfortunately, the driver behind you, distracted by their radio or their phone, can’t stop fast enough and runs right into the back of you. You suffer injuries and there are all the common fall-out consequences from an accident like this.

Doctor’s visits, missed work, perhaps lingering pains for years to come. Whose fault is it now? The driver in front of you?  The driver in back of you? Do you have any culpability at all in following too close?

The law will certainly make a judgment that the driver who ran into you is at fault.  But whose responsibility is it to deal with the fall out of this?  It’s yours, am I right?  There is no one else. You must deal with what life throws at you.

Some evolved people may realize that the two drivers did not do this out of malice or intent. They too were likely injured. This enlightened soul may actually use this as a learning experience to not be in such a hurry or follow so closely in the future.

As with the boulder, are you going to go on blaming the two drivers for the rest of your life or are you just going to go about dealing with the consequences of the accident?

An obstacle in your heart

Let’s escalate this one step forward.  Let’s say you come home early from work, walk in your bedroom and find your best friend having sex with your husband or wife!!

This is a huge one right? Our entire society agrees the blame is easy to place. You were betrayed, it is clear. You now get to wear this permanent wound with you every where you go. And you are justified to feel all the pain, hurt, anguish and betrayal a situation like this produces.
But, I have a challenge for you. When you hear it, I fully expect you to get upset and perhaps think I am insane. Hell, you may even want to post a nasty, super-critical response on this blog as a result.

Perhaps you’ll pull out religion or the law as your ammunition to attack my suggestion. But when you read what I am about to say, all I ask is you consider very strongly the power that would be yours if you could really view life this way.

Here is my challenge: What if you could see finding your best friend and spouse together in bed the same way you saw that boulder in your path? If you could do that with something that difficult you would be an extraordinary human, a superhero even.

Are you still here? Are you yelling and screaming at me in your head? You could stop reading if that idea upsets you that much. Or, you can read on to see if what follows might not just be the most important mindset shift you can make in your life.

Seriously, what if it was possible for you to see that this “boulder of the heart” was not personal? That it was not about you and that maybe, just maybe, it is simply nature doing what nature does?

Now to be certain, It would not be normal to be sad, mad and torn to pieces by this situation. But what if, after dealing with the fallout you could see this as an opportunity for personal growth as opposed to an opportunity for blame.

Confronted with this scenario of betrayal you have some choices. You could sit in front of the “boulder” and wallow for years and years about what happened. Many people have done this until all semblance of life and meaning is sucked out of their lives. That type of self-perpetuated suffering can ruin any potential for future happiness. But still there are others who within months figure a way around, through or over.

This is what those who have mastered the power of ownership do. Not just with some obstacles, but ALL obstacles they face. No matter what happens they take ownership of the situation. They don’t expect any one else to fix it. They fix it themselves.

They don’t wait for others to choose, they choose. They know if it is something in their sphere of awareness that impacts them, they are responsible for it no matter who or what may have caused it.

They don’t react in the way society dictates, they react according to their own honor code. They understand one of the key tenants of success in life: “I can’t always control what happens to me, but I can control how I think, choose and react to it.”

The fact is life happens to us all. Those who have developed the super-power of ownership realize that they also happen to life. They don’t let physical, mental or emotional obstacles send them into the victim mindset. They recognize that being a victim is a choice. Instead, they see these situations as opportunities for growth. They own them.

I have a phrase for the way our society rewards and tolerates the victim mentality and for those who buy into it. I call it the VC.

My family and friends know this term well by now. We have taken to using it in many of our conversations about people. Some, when they recognize the victim mentality in themselves, will even joke, “I am being so VC right now.”

VC is an acronym for Victim Culture. They are that group of people who make it a habit of blaming others, complaining about circumstances, gossiping, judging, and assuming.

Essentially the VC think, speak and act as if the world is happening to them, out to get them and they have no say so or choice in the matter. They are the real world equivalent of the crazy man cursing out a boulder because it’s blocking his path.

But then there is another type of person. I call them the GC. They are the exact opposite of the VC. These people see what happens to them as opportunities for growth. Their language is more gratitude and possibility oriented. GC stands for growth or gratitude culture. These people speak in terms that are often confusing to the VC. A boulder falls in a GC person’s path and they feel the same sense of annoyance, frustration and injustice as the next person. But they quickly recognize they have power over their thoughts, choices and actions. What happens next is a little bit of white magic. They take these negative emotions, harness their energy and seek to harvest the lesson the situation can teach. That is what the GC is all about. They subscribe to the belief, “that which does not kill me makes me stronger.” They don’t play the “blame and complain game.” They are emotional alchemist. They take the worst, most difficult struggles of their lives and turn them into rich sources of growth and meaning. When you speak to a GC person you may be shocked to hear they are grateful for past sufferings. Those most evolved can even be grateful for current sufferings despite the pain. GC people see hardship and suffering like a weightlifter sees weights, as a tool towards strengthening their resilience and resolve. They don’t blame, they don’t complain they just go to work. Truth, Choices, and Circumstances Of course to be fair, we are all human. It is human nature to have emotions. It is also healthy to be in your “emotional integrity.” That means when you feel anger you acknowledge what you are feeling, feel it and then use emotional alchemy to channel that feeling into something that is growth producing for you. That is the ownership lifestyle and the way of a GC person. But how do we do that? Only an insane person would walk in and see their spouse with another person and say, “you know, I don’t blame you and I am not mad. In fact, thank you for the growth opportunity.” That is ridiculous and NOT what we are talking about. Someone who practices ownership has strong beliefs and strong boundaries. They know what they will tolerate and what they will walk away from. And usually, because these people have an iron clad relationship with the truth, the people in their lives are clear on what those boundaries are. And that is the key. If you want to master the superpower of ownership, you have to change your relationship to the truth. You must make the hard choices that are in line with your code of honor. When life circumstances happen, you must be ready to happen back to life. You may wonder how you do that? You do it by creating an honor code. We will cover that in Part 2 of this blog. If you want more details on the Next Level Human approach, click the button below for a free beginners guide.