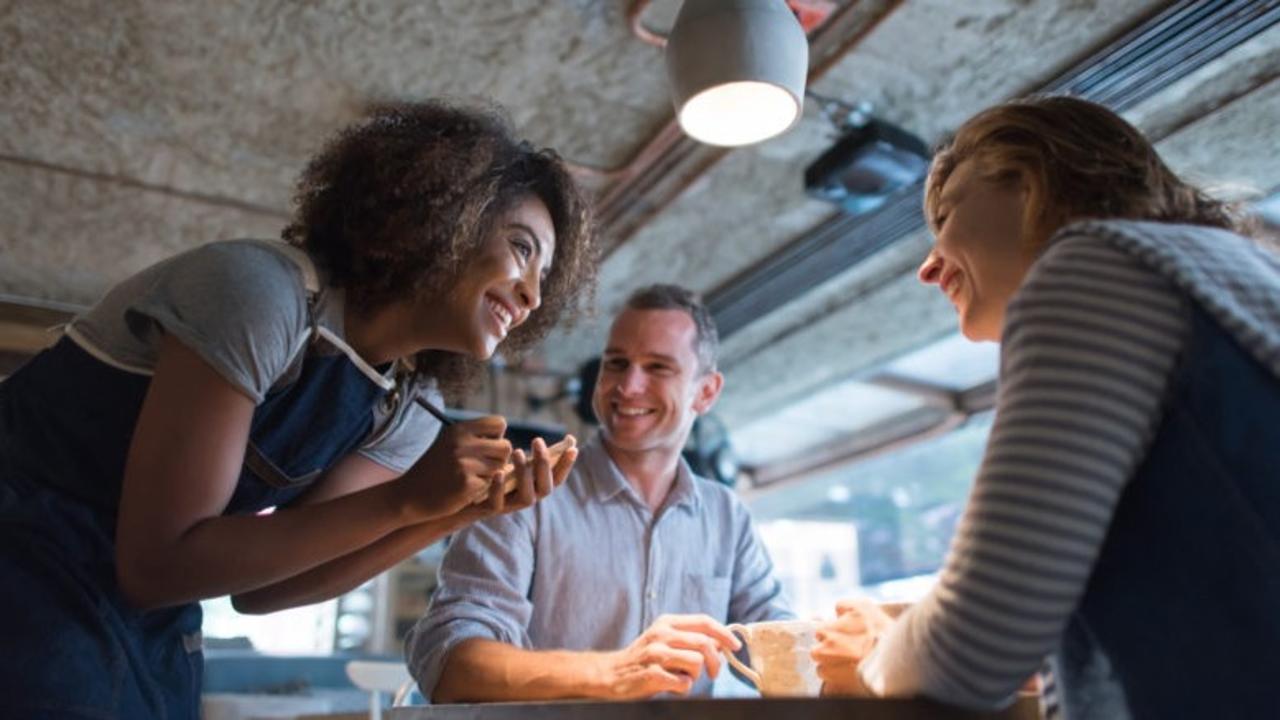 Next-Level Relationships. 10 Ways To Vet The People In Your Life

I am ordering a coffee at a local coffee shop. A woman walks in and says to another woman standing in line behind me, “Hey sugar! How arrrrrrre you?”

Southerners like to draw out their words like that, and they love to use words like sugar, honey and darling (daaarlin if you are trying to say it with a southern accent).

I smile internally. It’s one those smiles you get when you know a secret. The secret I believe I know is that these two women probably are not even friends, and are just as likely to be talking shit about each other at next week’s Christmas parties as anything else.

I am next in line and the young twenty-something barista, who seems offended by my general look, gives me an annoyed “what-the-fuck-do-you-want look.” She does not ask me what I want, just looks at me like I am the bane of her existence. She perfectly personifies the name of the coffee shop, Krankie’s. I get the point and quickly order my coffee.

I smile internally at this as well. This I understand. This, I think, is genuine. I would not want to be up this early serving people coffee either.

As you know, I am a student of psychology and love observing people. I mostly like to observe my own biases, assumptions and stories. In this situation I question myself as I am known to do.

“Jade, how do you know that lady is not a genuine sweetheart rather than a bullshitting gossip?” The answer is, I don’t.

“How come you reacted more negatively to the pleasant woman compared to the annoyed barista?” The answer is, I don’t know.

In the time it takes me to get my coffee and go sit down, I have decided who the real asshole is in this scenario: ME.

My past history in dealing with southerners tells me they are pleasant, but not genuine. They are gossips.  My past experience living in bigger cities like New York City, Los Angeles & Seattle make me not only tolerant, but understanding, of authentic people; even if they are being rude.

The truth, of course, is I have know idea who these people are. Some of my favorite, most genuine people in the world are from the south. Some of the biggest bullshitting, lying assholes I have ever encountered are from the cities I just mentioned. And, when I think about it more deeply, I prefer kind Southerners over rude Northerners.

Or do I? I know, its confusing right?  And, given you are human, you likely have the same contradictory reactions regarding people.

10 Ways To Assess A Next Level Human:

This question has been coming up a lot for me, and apparently you too.  I have gotten at least 10 variations on the question of vetting friendships and dealing with people in the last few months.  Of course, these are prompted by a lot of my writings on what my friends and I call “next level humans,”  And the upcoming Next Level Man and Next Level Woman events I will be putting on in 2018.

Also, given it is the holidays (I started writing this email days ago, and now it is Christmas Eve), this time of year is one inundated with family, close friends, old friends, acquaintances, coworkers, Christmas parties and all the rest. In other words, it is the perfect opportunity to watch others and ourselves.  Are we assholes or are they?

I thought I would give you my formula for really vetting people, and getting beyond snap bias and judgments.  Here are my go-to strategies for evaluating people in my life and checking my own asshole tendencies:

It is about you first:

These are the chief ways I assess and vet the people in my life. More importantly, it is the way I assess myself. To me, self-awareness is THE skill that comes before all others. I can never hope to be accurate in my assessment of another if I have not evaluated, and continue to evaluate, my own behavior.

In the end, it is about you. If you see the same patterns repeating over and over again, it is you. If this person is the only one you have difficulty with, it is likely them.

If you find yourself calling everyone an asshole, you are probably the asshole. If you are reluctant to call anyone an asshole ever, then you may be right in your assessment of the one you think might be.

The point is, judge yourself first. After you have done that, use these 10 principles to honestly evaluate others.

Is this helpful for you?  Did I miss anything?  Do me a favor and leave a comment to let me know.

If you want more out of your relationships, want to level up in interactions with people and know what it look like to be in a Level 10 romantic relationship; then check out Dr. Jade’s complete